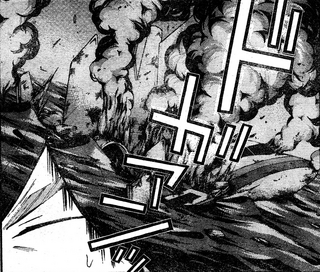 Queen Airlines Flight 510 (Q-510) was a flight that was bound for New Chitose Airport in Sapporo from Haneda Airport in Tokyo. The flight was hijacked on February 29, 2008, sending the plane crashing into Iriai Coast, in the southeastern portion of Yūyami City. Everyone onboard was killed except the alleged hijacker, Kirio Imizuka, whose identity remained undisclosed as he was a minor at the time.

Retrieved from "https://enigma.fandom.com/wiki/Queen_Airlines_Flight_510?oldid=4804"
Community content is available under CC-BY-SA unless otherwise noted.